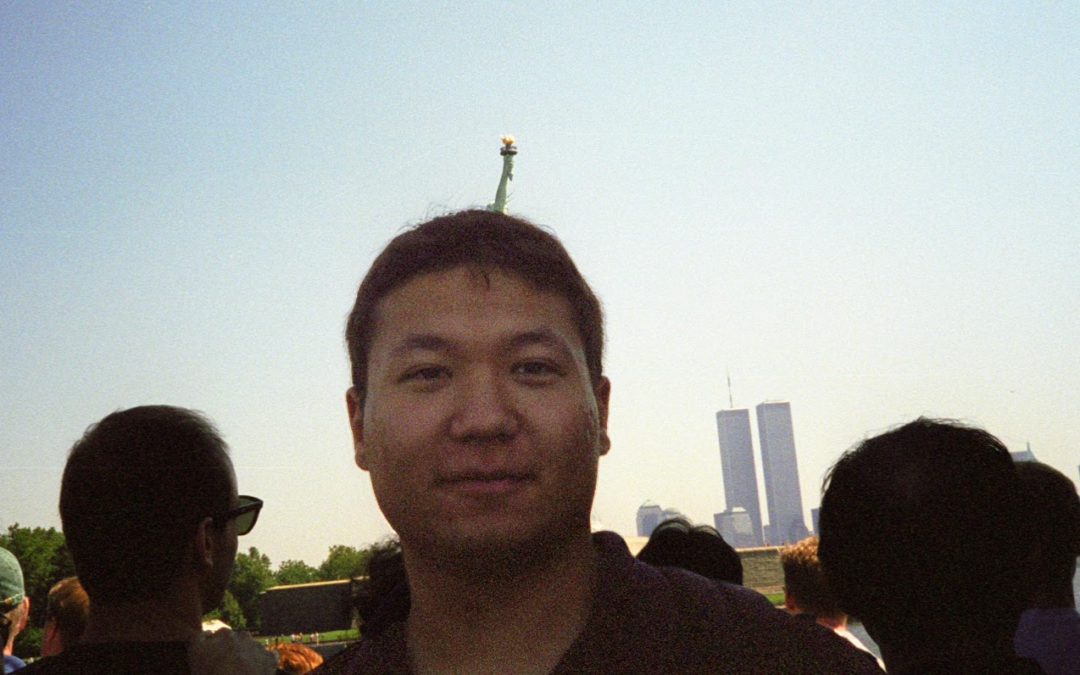 I was very conflicted yesterday, just as I am on most anniversaries of 9/11 over the last twenty years. In some ways it feels like it was so recent–the memories and emotions are so vividly clear in my mind. Seeing the images, hearing the stories, and rewatching the news broadcasts from that day can bring me right back to that morning. I was a 23-year old recent college grad working in a manager-in-training program for Budget Rent a Car, planning to apply to the University of Virginia’s Master in Teaching program to hopefully become a high school history teacher and football coach. My emotions on 9/11 are not unlike most Americans who experienced the day, but it completely redirected my life.

For most of the evening of 9/11, I felt like I stared at a wall and thought about life. Was I on the right path? Do I have a role to play in the American response? I talked with my parents, I read my Bible, I prayed, and I researched joining the US Army.

The morning of September 12th, I called the Charlottesville Army recruiting center. I asked if they were busy. They replied they had received a lot of phone calls but nobody has come in to see them. I told them I could be there in 15 minutes. I had already made my decision, I was going to enlist in the US Army. I signed my initial paperwork that day and on Saturday, September 15th, I went to the Military Entrance Processing Station (MEPS) in Richmond, VA, and formally joined the Army with a scheduled basic training date of October 25, 2001.

My brothers and sisters to my right and left really meant everything to me. I still feel like I could run into any one I served with and spend hours catching up. In the past week alone, I’ve texted or talked on the phone with three soldiers I served in Iraq with while in the 101st Airborne Division and had dinner with my language school roommate and best friend from the Defense Language Institute, where I learned Korean from 2002–2003. Having this network of people I shared so much with helps me get through the aftermath.

Yesterday morning my 17-year old son’s first words were, “It’s the 20-year anniversary of 9/11.” I replied, if it weren’t for 9/11, you wouldn’t even be here! I was kind of joking, but that comment literally made me spend the next 15 minutes pondering how much my life was truly changed by 9/11 and the choice I made on 9/12. The decision I made on 9/12/01 led me to a 15-year career with the federal government and the US Intelligence Community. It led me to an 11-year marriage and three beautiful children, then contributed to ending the 11-year marriage after 5 deployments to Iraq and Afghanistan and a long bout of depression and PTSD. It gave me the confidence to apply for and attend business school in my late 30s, and it drives one of my primary passions outside of work and family: supporting military veterans.

I saw multiple people on social media comment or repost the phrase, “I miss the America of September 12, 2001.” This was the day we came together, remembered the lost, showed up for the recovery, and criticized the President for his response (I guess that hasn’t changed). We have a lot of division in our country right now. We have a lot of pain and confusion about how the last 20 years of the Global War on Terrorism was executed and its costs in both money and personnel. But what keeps me optimistic about this country is that I really believe we will take care of each other in our times of need and plan to spend my next 20 serving my community, my neighbors, and my fellow Americans in whatever capacity I am able to.

I’d love to share some of the great, or just interesting, things the people I served with are doing today. A majority of them are still in the fight and I won’t mention them by name due to the nature of their work in the Intelligence Community, but just know that you’re on my mind today! I will, however, start with one of them just because his work is so important and he’s already all over the internet.

The above is just small sampling of veterans or federal civilians I had the honor to serve with. I would imagine 9/11 changed their course of service and life much like it did for me.

I served in the active duty US Army from October 2001 through November 2008, as a Korean cryptologic linguist and signals intelligence collector/analyst, being medically retired as a Staff Sergeant (SSG). I served for four years at the 101st Airborne Division within the 311th Military Intelligence Battalion and the 506th Regimental Combat Team (4th Brigade). I later served as an instructor for the Korean cryptologic linguist course and the tactical signals intelligence course with the 344th Military Intelligence Battalion at Goodfellow Air Force Base, San Angelo, TX. After the Army, I spent time with the Army’s National Ground Intelligence Center (NGIC), Central Intelligence Agency (CIA), and National Security Agency (NSA) as a contracted intelligence analyst from late 2008 through mid-2011. I then served for nearly five years as a federal civilian, GS intelligence officer with the Defense Intelligence Agency (DIA), with three tours to Afghanistan.

In 2015, I was accepted into an MBA program at the University of Virginia where I helped establish a veterans group for Executive MBA students, Veteran Executive Students At Darden (VESD) while also serving as an officer in the Darden Military Association (DMA). I left the DIA officially in February of 2016 and now work in commercial strategy with Fortive Corporation, where I serve as the co-lead for our veterans’ employee resource group, Veterans at Fortive. I’m also attending American University part-time in the School of Public Affair’s Master of Public Administration and Policy program and serve as an executive board member of the school’s military-connected club, AUMCC.

Yesterday’s snow day as we escaped our cold hous

Poodle may need a haircut

These two… Ben is now an “adult” (those quot

So long Seattle.. til next month?

It’s been four years since our last Christmas wi