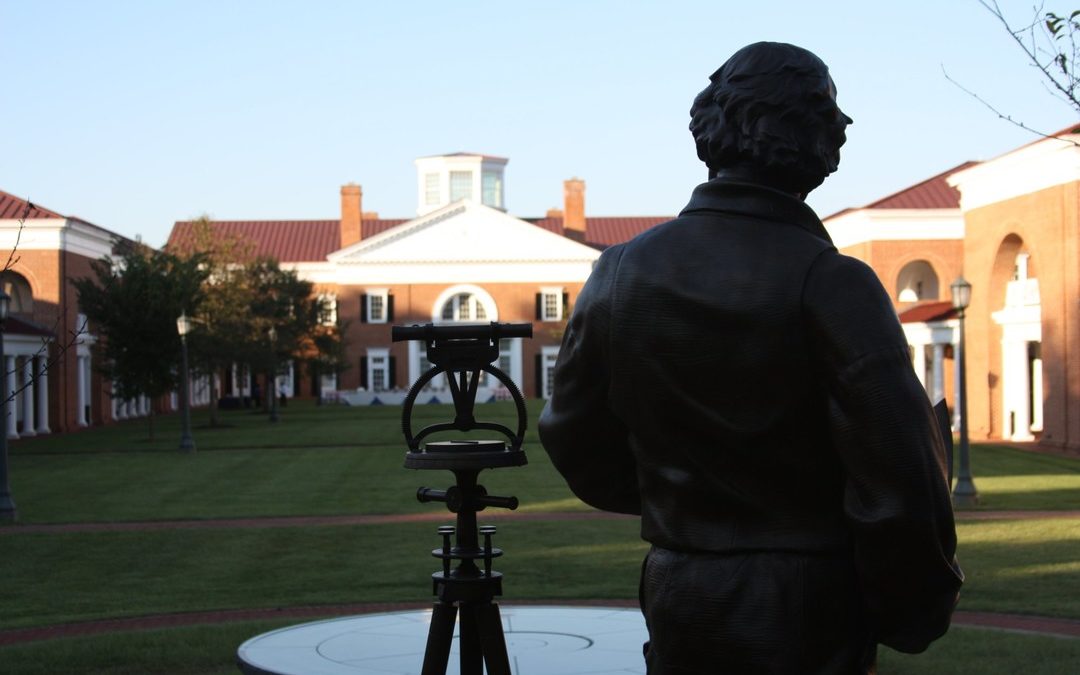 When I applied to the Executive MBA program at the University of Virginia’s Darden School of Business, I didn’t even know what I planned to do with the degree. I figured the worst case scenario was my MBA would be a valuable tool for promotion to a leadership role within the federal government, but I really hoped it would lead to a complete career change. Darden ended up becoming the most transformational two years in my life, not just because of what I learned in the classroom, but also about what I learned about myself. I wanted to share a few thoughts for those considering an Executive MBA.

When I started at Darden, I had just returned from an Afghanistan deployment, was working full time, became primary custodian of my special needs son, moved in with my girlfriend for the first time, had my daughters every other weekend, and was going through a years-long divorce. Darden’s program is not part time or self-paced, it requires a huge time commitment. I found myself working as hard as I had on combat deployments with similar stress levels, but I became a Google Calendar pro and finally learned to say no every now and then.

2) Don’t Stress About What You Don’t Know

I think at some point during our first week of class, all 63 of us commented on some insecurity about the upcoming experience. For me, it was accounting and finance, for others it was writing, and for some it was economics. If you got into the program, they already know you have what it takes to be successful so have faith in yourself. My professors and my classmates got me through every hard case, despite a 15-year education gap since undergrad and having a liberal arts degree. I did not do any type of preparation before starting, but if I were to do it again, I may have brushed up on Microsoft Excel and statistics.

3) Be Ready for Some Serious Self-Reflection

I imagined business school would be very academic and never imagined it would have such an impact on me personally. But Darden is serious about “developing and inspiring responsible leaders,” and that means self-awareness. Through personality testing, team building activities, and straight up adversity, I learned more about myself, my motivation in life, how others see me, and my value to others through my experience. Sometimes I did not like what I saw, and I don’t think it’s an understatement that Darden has made me a better person.

4) Make Time for Yourself

I gained almost 20 pounds the first 18 months of the program and hit unreasonable stress levels. At the beginning of 2017, through serious self-reflection (see #3) and very bad blood test results, I finally put the Darden mindfulness lessons into practice and focused a bit more on my health. Through meditation, a healthy diet, and allowing myself to take a break, I reduced my blood pressure, glucose levels, and weight (by 30 pounds!) in just two months. If I could do it again, I would have had a better plan from the start. Don’t sacrifice your health! Schedule time to work out regularly, avoid consuming every snack Darden provides, try not to overdose on sugar and caffeine, explore meditation/yoga/tai chi or some other form of mindfulness, and turn your brain off every now and then.

5) Make Time for Your Loved Ones

This goes with the previous bullet. I truly screwed this up my first year. By the time summer of year one had hit, I felt further away from my children, parents, and girlfriend than I did while deployed to Afghanistan. I was so consumed that my girlfriend left me and my kids were satisfied with staying in their room watching tv on my kid weekends. It took me awhile to use what I talked about in number 3 and 4 above to make a change, but it happened quickly. Once I started making time for my loved ones (not just calendar hours, but also focused attention), my girlfriend gave me another chance and my kids actually liked talking to me again. I also try to call or see my parents every other week or so now. See more from Darden on Work-Life Balance.

6) You’re Going to Miss Some Stuff

Even though we only met for three days a month, it seemed those three days were always the same weekend of something I wanted to do. I missed three weddings (including my cousin’s), multiple MBA hiring events, parties, my kid’s events, and social gatherings with my closest friends. It’s not the end of the world… it’s just two years of your life. It’s worth it.

7) The More Involved You Can Be, the More You’ll Get Out of It

Being part of the Darden community is a bit harder when not living in Charlottesville, but the more you can attend First Coffee, Cold Calls, Darden Student Association events, conferences, and student club events, the more you’ll truly feel like part of the Darden community. Interaction with the traditional, residential students is almost non-existent through the standard Exec MBA format, so it will all be through personal effort if you want to engage with the majority student body. I joined multiple student clubs, took a global education trip with residential students to Costa Rica, attended multiple Darden-sponsored conferences, and spent as much time as possible on-grounds; I believe my experience was fuller because of it. However, if you’re far away from UVA or simply too busy to commit to anything extra, you will still have an enriched experience through your classmates alone.

8) Networking is More Important than Studying

Try to do all of your reading and spreadsheets before coming to your monthly on-grounds. I think the best part of the program was spending time with my classmates. There’s never a moment that I would have traded cocktails at Sloney’s Pub at the Inn at Darden or a night downtown with my class to stay in my room studying. I gained as much insight and value from talking with my classmates as I did in the classroom.

9) Create a Physical (or I guess digital is ok) Toolkit

You’ll learn so many great lessons and tools at Darden, far too many to remember. One regret I have right now is that I didn’t do a better job of cataloging and organizing the key tools in each of my classes. If you start early, use Microsoft OneNote or a physical binder with tabs as a reference for the tools you’ll learn in each class. I’m going through the process now of creating it, and it’s quite the daunting task putting two years of lessons together at once. But one day I’m going to want to remember how to apply one or two strategy matrices or I’ll be asked to work on a merger & acquisition analysis and having this toolkit will make my life much easier.

10) If You Plan to Make a Career Transition, Start Early

Start the plan early, but you may not want to actually make the transition during the first year. The first year of core curriculum is hard… taking on an additional mental challenge of a career transition is not advisable, but that doesn’t mean pass on a great opportunity. If you think making a career transition as an experienced hire will be easy with this program, think again. You’ll really need to know what you want to do. Year one, start meeting with the Career Development Center early and often. Refine your resume for various different types of roles you’re already considering. Take time to use the career resources to explore your strengths and career desires. Research various industries and conduct a lot of informational interviews. The more you can narrow down what you want to do, the easier it will be to network your way to your dream job during your second year. I waited until my second year to start this process and suffered because of it. But once I narrowed it down to a function and a geography, the process went very smoothly.

A bit more about the Darden Executive MBA:

Darden’s Executive MBA program is a full-time program with approximately 60 students each in two sections (Charlottesville and Rosslyn, VA). The Rosslyn program just started in 2016–the year after I started–so my experience differed a little logistically. My class met on-grounds at UVA once a month for three full days of classes. In between these ‘on-grounds’ we had distance learning classes twice a week (not online, recorded lectures, but full, live case method discussion each Tuesday and Thursday evening). We also had four, week-long leadership residencies… one of which was a global residency held entirely in China. We began in August 2015 with 63 students and in May of 2017, 62 of us graduated (with the other one student now part of the Class of 2018 expected to graduate next May). My classmates were mostly from the DC-Baltimore area and Virginia, but we had others from New York, New Jersey, Texas, and even Arizona. The core curriculum at Darden is the same for both the residential, traditional MBA program and the Executive MBA program (same courses and in many instances the same professors). There is a smaller selection of available electives for EMBAs, but there is still a great variety of opportunities (including additional global education courses–I did a week in Costa Rica myself). The EMBA program has dedicated career counselors, full access to Darden student clubs (and a small selection of ExecMBA-specific clubs), and the ability to participate in on-grounds recruiting (though most ExecMBA students are more experienced than their residential students counterparts targeted through the on-grounds recruiting process). If this sounds amazing to you, learn more on the Darden website.