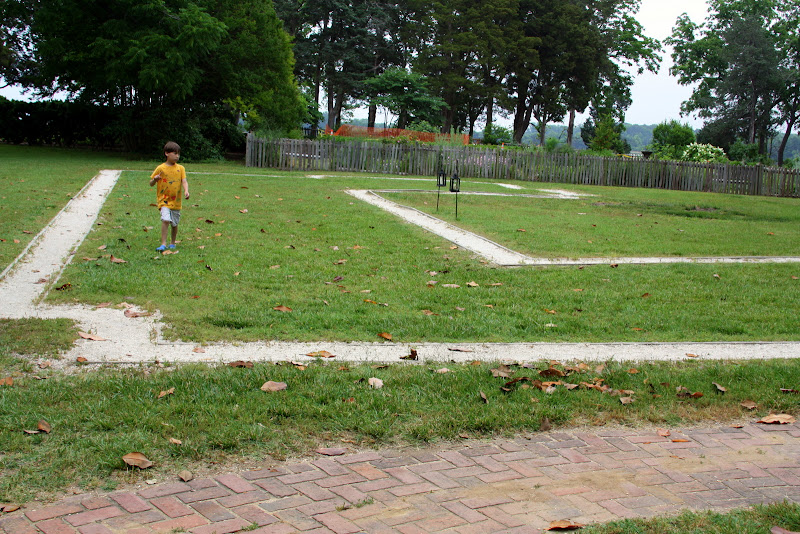 As I prepared to write this blog post, I realized that my father has pretty much lived and worked in all the same places as George Washington, only in opposite order. While a soldier stationed at Ft. Belvoir in the mid-1970s, he lived just a few miles from Mount Vernon, where George Washington spent his last 45 years. About 5 years ago, he owned a small store called the Ferry Farm market, just miles from Washington’s childhood home (Ferry Farm in Fredericksburg, VA), and for the last year, my dad has worked as the gardener at George Washington’s Birthplace at Popes Creek, VA. Even as a history major loving U.S. history and studying George Washington’s endeavors as a soldier and government leader, I never studied (or even heard of) Ferry Farm or Popes Creek. On my first family visit it to my dad’s new house near the monument, we decided to take a personally guided tour from the park’s gardener!

Popes Creek is located on a small bay (Popes Creek) connected to the Potomac River near King George and Colonial Beach, VA, about 45 minutes SE of Fredericksburg down VA State Hwy 3. The farm was first settled by George Washington’s great-grandfather John Washington, who came to Virginia in 1657 and married the daughter of Nathaniel Pope. Pope gave them 700 acres to start a tobacco farm. The couple would eventually own over 10,000 acres including the land that would become Mount Vernon in Alexandria, VA. George Washington’s father Augustine expanded the holding to nearby Popes Creek where he married Mary Ball and had his first child, George. 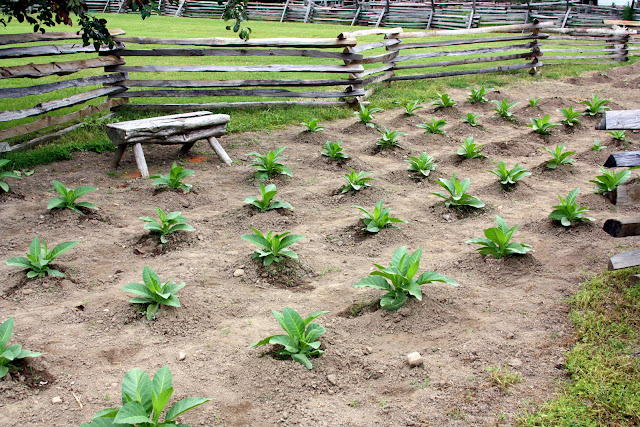 George Washington lived at Popes Creek until he was three years old when he moved to Little Hunting Creek (now Mount Vernon) and then Ferry Farm for a majority of his childhood. He returned to Popes Creek often as an adolescent to help his brother farm the tobacco crop. After George Washington’s death in 1799, Popes Creek had fallen into ruins. The home where George Washington was born burned in 1779. His grandson, George Washington Parke Custis, placed a small stone marker at what he thought were the ruins of the birth house in 1815. The property was acquired by the state of Virginia in 1858 who passed it to the federal government in 1882. The Army Corps of Engineers erected a granite obelisk at the birth site foundation in 1896. In the 1920s, the land was acquired by a private foundation who turned the grounds into a national monument in 1930. The group moved the granite obelisk to its current location and constructed a memorial house at the suspected birth place site in a traditional style they believed would resemble the actual birth place estate. They also constructed the Colonial Kitchen and Colonial Garden. In 1936, archaeologists uncovered the original foundation, reburied it to preserve it and created the outline seen today. The Colonial Farm was added in 1968.

George Washington Birthplace National Monument is not very big or fancy, but it is one thing…. FREE! In addition to very beautiful walking trails, the park boasts a few living history exhibits, 100 to 200-year old trees, the memorial house designed and built before archeologists discovered the original dwelling, a large picnic area, a well manicured family burial ground, a beach, live animals, a memorial obelisk (small scale model of the Washington Monument), and a colonial garden. At the park, you can get a glimpse of life in the 1700s and see the land where the Washington Family planted and sowed their tobacco crop as well as the Bridges Creek area where the tobacco was loaded onto barges for shipment. The visitor’s center is small, but has some neat artifacts and the Park Rangers give guided tours of the property on the hour. 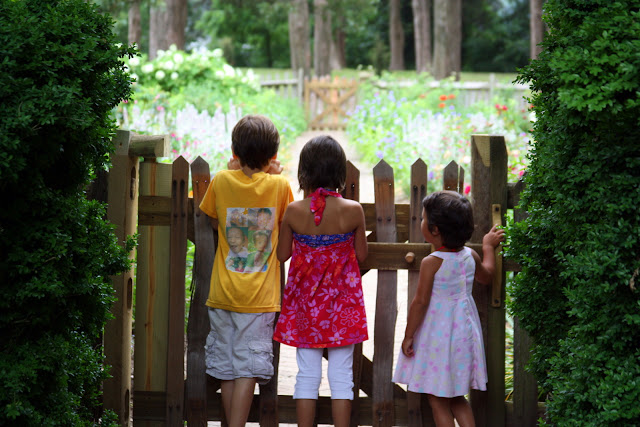 When my father began work as a gardener last year, the Colonial Garden has not been maintained for years. He removed the overgrown grass, preserving any of the native varieties still present, and repairing the fence and brick walkways. He then researched the herbs and flowers that would have been present in the 1970s and replanted the garden to its present state. I must say I was more than impressed with what he has been able to do there in just one year!

I recommend this trip for anybody in the area. It is definitely worthy of a day trip, although I do not think it’s worth a multi-day stay in the area. I highly recommend it those who live or work near Colonial Beach, Dahlgren, Ft. A.P. Hill, Fredericksburg, or Stafford, VA. It’s an easy drive. It is also great for school field trips or to bring your school aged children. On occasion, such as this past weekend, they hold special events with more live demonstrations (for Memorial Day they had an ox and cart team providing rides and they sheered the sheep in the Colonial Farm). Be sure to check out the Colonial Garden and feel free to post links to your pictures in the comment section below!